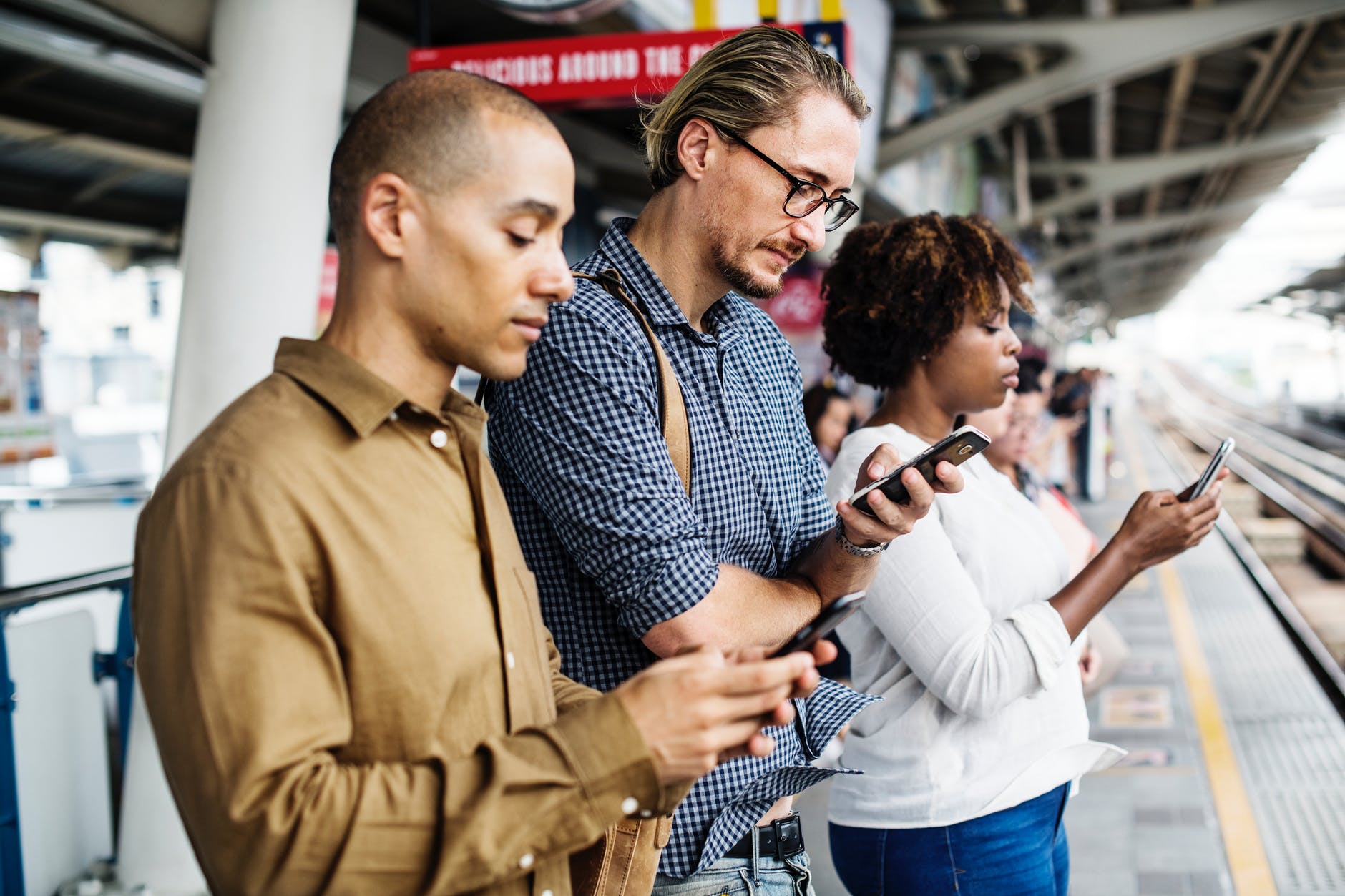 When the rate of users of cellphones for texting is examined, it appears like it is the main reason why everybody purchased their phones in the first place. However, marketers are less interested in tapping into this market and instead will prefer spending heavily on other digital advertising media.

Here is the point, if there are 4.57 billion mobile users in the world in 2018. And the number is predicted to increase to about 4.68 billion in 2019, does that mean more internet users? Yes, but that is not really the point here. The point is that as the number of mobile users increases, so is the number of people with text-enabled phones.

Remember, it is not every mobile phone that is internet enabled but on the other hand, all phones are text-enabled. This is why text marketing service offer a wider reach than any other marketing medium.

Former United States President, Barrack Obama, must have understood this before he decided to announce his chosen VP, Joe Biden through text messaging. He also used it to raise funds for his campaign; promote his campaign agenda; and also make people tune in to TV programs he was to appear on such as The Daily Show.

If text marketing could work for one of the most challenging promotions ― political campaign ― how much more to generate leads for your business.

Lead generation is something every business does, but in case it sounds like jargon to you, relax and read its meaning.

Lead generation is the aggregation of different marketing methodology to get people interested in your products. You may call it a promotion, advertising, or marketing ― all of these have different meanings thou. The main objective is to get as many as possible people to purchase your product or service.

Text marketing as stated earlier is a great method for generating leads. When compared with other methods like emails, it was discovered that customers are 5 times more likely to open their text than they would their emails.

In order to stay from violating customers' privacy, it is important to get their consent before you start sending them text messages. You may politely ask after their first business transaction with you. If they are indeed satisfied with your service, they will readily oblige. Another way to do this is by enticing them with some compensations such as gifts, discounts, or other exclusive offers.

Do not forget to include an option for them to opt-out in the future if they wish just as it is mandated to include such in email marketing. It will, however, surprise you they are less likely to opt-out. According to a report published by MarketingProfs, 75 percent of people do not feel disturbed by text messages after they agreed to be receiving such.

Google Ad is generic, so is Facebook Ad and most digital marketing media Ads. You need to make your text marketing different because the medium allows you to. Connect with your prospects beyond just selling them a product. Address them by their first/last name. Comment on their last time in your business location before you proceed with whatever you will be selling them.

This is why people prefer texting. It makes them feel involved and not just part of many others.

Be Quick with Your Response

When prospects start receiving your text, they are sure to start asking questions. In case you are not the one handling it, ensure your customer service agent(s) respond to all queries as quickly as possible. This helps to bolster your relationship with the prospective customer and thus a higher chance of converting them into a promising lead. After which they will become a customer when they finally take the action you want them to such as buying your product.

Explore Other Channels in Case

When you get a lead using text marketing, confirm if they are comfortable to further communicate with text or will prefer another medium. Although the number of people that will want an alternative medium is low, as a marketer, your end goal is the most important ― get the lead to take the required action!

If they prefer giving you a call, encourage them to do so. And if they requested to get some information via their email such as when such may be too cumbersome for text messaging, grant them. 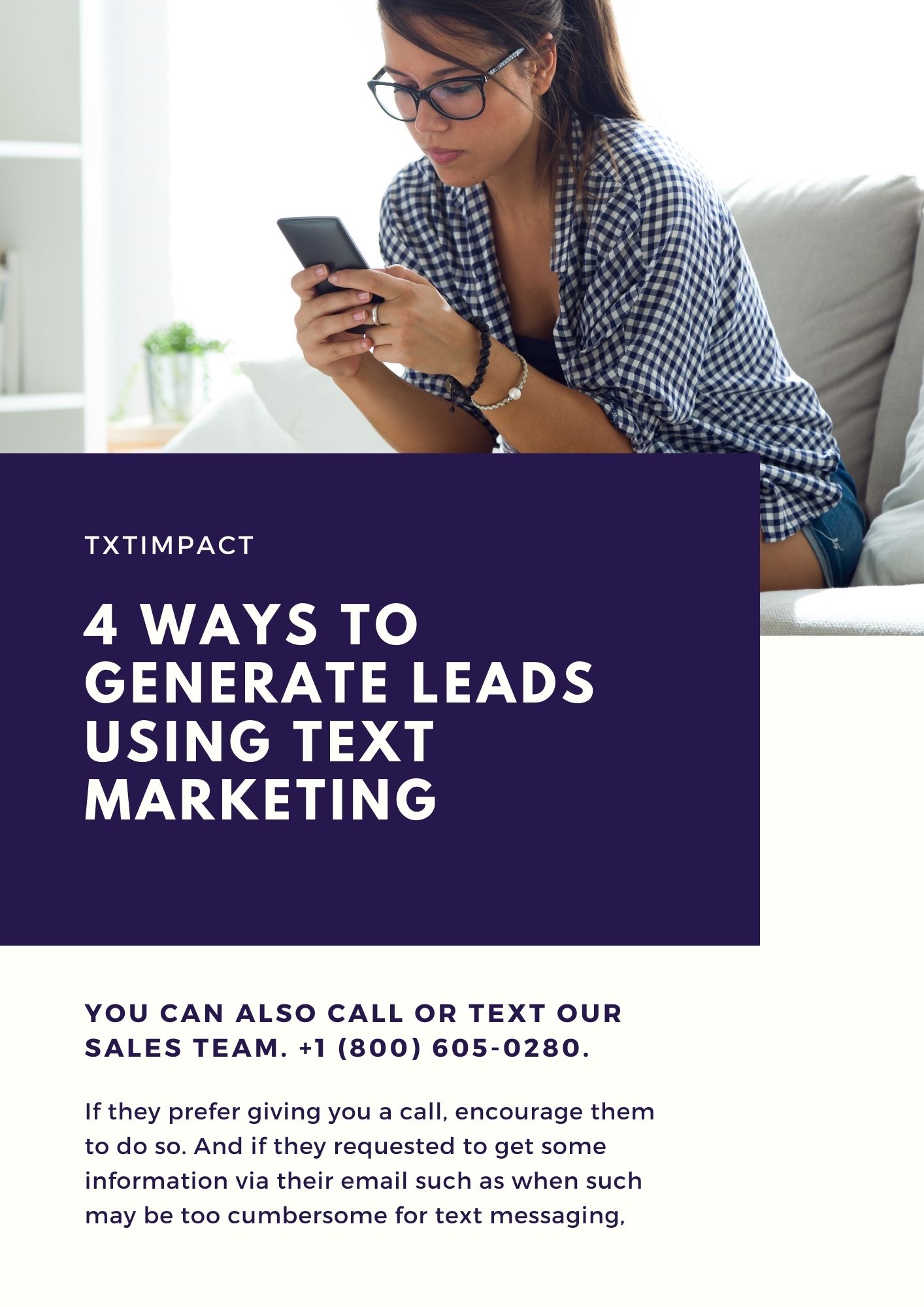 These cookies collect data to remember choices users make to improve and give a better user experience. Disabling can cause some parts of the site to not work properly.

These cookies help us to understand how visitors interact with our website, help us measure and analyze traffic to improve our service.